If you live in DFW, you’re most likely familiar with the Fort Worth Zoo and may be familiar with their largest annual fundraiser, Zoo Ball. Every year Zoo Ball attracts some of the biggest names in the area to support the Zoo’s local and international wildlife conservation and education efforts. The invitation for the event has always been closely tied to the theme; i.e. last year’s Zoo Ball at the Flamingo or the previous year’s Festival of the Elephants. The theme and focus of this year’s event was to celebrate the 15th anniversary of Texas Wild!, a portion of the Zoo that exhibits our great state’s different regional landscapes and wildlife.

Instead of the black tie formal-wear of years past—in the words of Alan Jackson–“We’re goin’ country!” And with a performance from Clint Black, Zoo Ball was set to be a cowboy cocktail-themed success. Our minds immediately went to the honky-tonk wood floors of Gruene Hall and Nashville-inspired Hatch Show Prints. So with the direction of “Big Hair, Boots, and Beers,” our team went on its westward way.

Our hearts were set on creating a distinctly Zoo deliverable with the romance and heritage of wood block letterpress. Letterpress, simply explained, is pressing ink onto paper via wood, metal or hand carved letters and images. This process dominated commercial printing from the 1400’s to the mid-twentieth century. In today’s digital era, this process is celebrated for it’s unmatched nuance of color and texture. 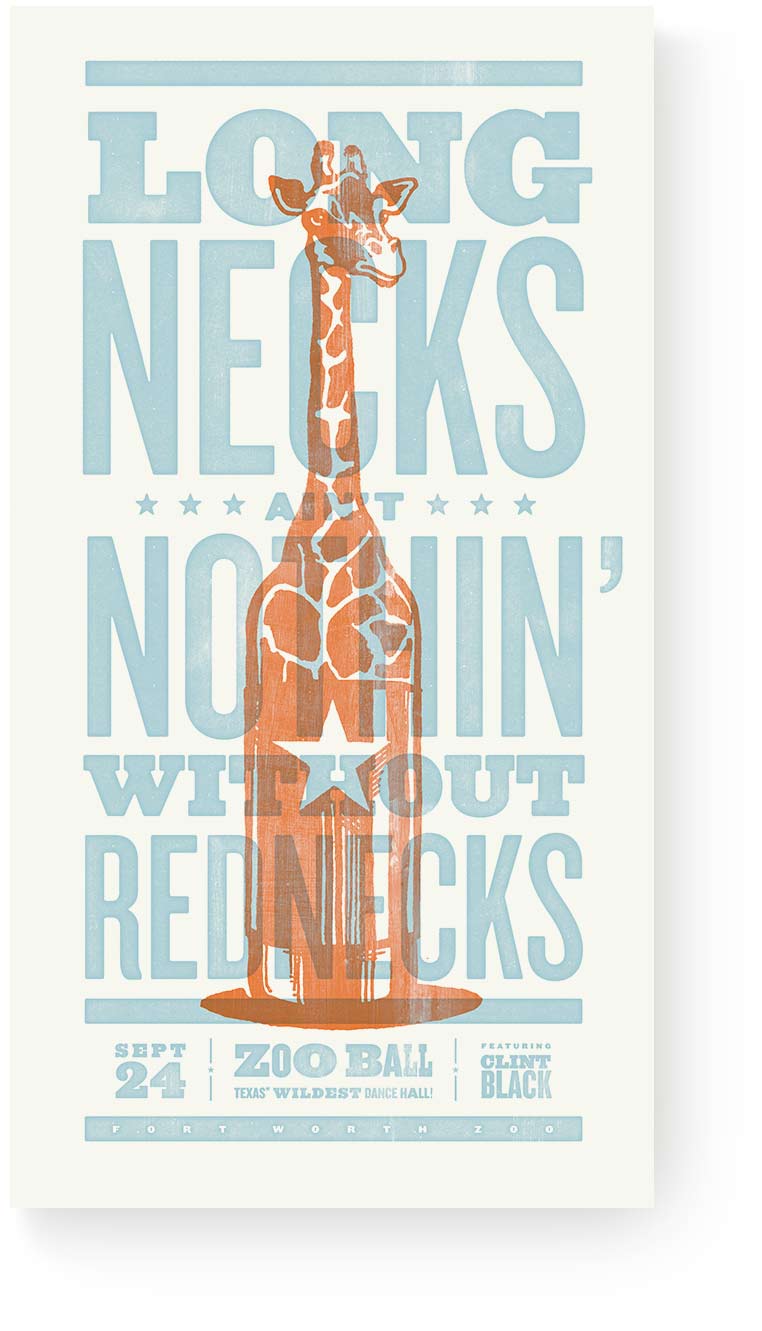 To produce our limited edition set of prints, we sought out Minnesota-based premium letterpress studio, Studio On Fire. After following (and admiring) their work from afar, we were excited to partner with them for the project. With their help, our vision for the western-inspired prints came to life, complete with a blind emboss of the Fort Worth Zoo logo and hand-numbering of each print.

We created three custom illustrations that combined cowboy regalia with exotic wildlife found in the Fort Worth Zoo, bringing together the key elements of the event. These illustrations were paired with wood block-styled type, set to mimic posters of old. We created three “sayings” for the print set:

The final invitation is truly a complete package. An oversized envelope features a rustic Texas flag and warns ‘Don’t Bend or Fold or Mess with Texas’. Custom postage features animal illustrations and the Zoo logo. A hand-crafted pattern featuring Texas sayings, Clint Black lyrics, Fort Worth nods and custom animal illustrations floods the insert upon opening. And finally the prints are secured by a custom bellyband with event details and slip-sheeted for safety.

The event sold out of tickets and was both appropriately rowdy and respected. Even with fears of rain, the Zoo reassured its patrons: a little weather can’t stop our boot-scootin’ and tequila-shootin’.

The old axiom says: You don’t know what you have until it’s gone. So we thought there was no better way to put on the 2015 American Advertising Awards, than to take it away.
In late 2014, with the help of the People’s League for the Abolition of Advertising (plAAd), the United States government passed  Amendment 28 to end the practice of Advertising as it was rampant with persuasion and coercion. Local agencies were canvassed with official cease and desist notices and instructions on how to package and submit their, now illegal, advertising materials.

To keep advertising and our livelihoods alive, AAF Fort Worth swept into action and the AAFFXFW underground advertising movement was born. The group intercepted the government submissions and threw an Addy Awards celebration under the cover of “bingo night” at the local Masonic Temple. Our craft was celebrated, awards were won and Amendment 28 was repealed by night’s end.
Long Live Advertising.

On Friday night, advertising professionals from all over Fort Worth gathered for the 2015 American Advertising Awards. As last year’s Best of Show winner, Schaefer was responsible for this year’s event theme, which was “Amendment 28,” a modern take on prohibition except that it was advertising and not booze that was illegal.

In typical Schaefer fashion, we had a lot of fun with it. From a fake theme to fake government agents to real posters taped on real agency doors, we used a wide range of media to keep the game going. It all culminated last Friday with “The Event” – a secret meeting of ad pros at the Fort Worth Masonic Temple to celebrate in secret another year’s worth of work.

Results are still coming in, but early returns suggest that the event was a success. Guests enjoyed hors d’oeuvres and drinks while sizing up with each other’s work and catching up with old acquaintances and coworkers. The awards presentation video, courtesy of our friends at Studios 121, maintained the underground theme with glitchy effects and the subversive statement that, “If advertising has been outlawed, then we are all outlaws.”

Fitting then, that we made off like bandits, coming away with 16 total awards including five golds and another Best of Show award for the 2015 Zoo Ball invitation we did for the Fort Worth Zoo. Designed by Blair Babineaux with art direction by Charlie Howlett and production by Maren Gibbs, this piece is a fitting jewel to crown a busy and productive 2014.

Of course, winning Best of Show again means we get to put on the show next year, but we’d rather not think about that for a few months. It was a lot of work.

Here’s to a great 2014 and to our three-peat next February!

Schaefer Advertising Co. is pleased to announce that the agency has earned four American Advertising Federation (AAF) District Ten ADDY Awards. District Ten represents ad clubs from Arkansas, Louisiana, Oklahoma and Texas. The award-winning work was nominated for regional consideration, following their success during the AAF-Fort Worth ADDY Awards in February, winning a total of 26 awards. With over 500 entries, the awards won by Schaefer included nine Gold, 10 Silver, five Bronze, one Special Judges, and Best of Show overall. The District Ten award-winning campaigns originally won Gold awards at the AAF-Fort Worth ADDY Awards, including Best of Show, Non-traditional, Out-of-Home, Collateral Material, and Advertising for the Arts & Sciences.

“We are honored have our work recognized on a regional and district level, and continuing on to the National ADDY Awards. But to be honest, what we are most proud of is that we were awarded Gold ADDY’s for six different clients. It wasn’t just one campaign that won in a lot of categories. It was a diverse portfolio of work for a wide range of clients. And given the measurable results the campaigns delivered, it affirms the work was winning blend of strategy and creativity,” Ken Schaefer, president, said.

Schaefer’s Gold and Silver District Ten winners were also entered as finalist at the AAF National ADDY Awards competition. The winning campaigns include:

“It’s great to be recognized at this level for one of our non-traditional projects. It takes a creative idea and bold client to be able to do something as unique as “word crops.” It’s a testament to our collaborative relationship with our clients,” Todd Lancaster, Vice President – Creative Director, said.

About The American Advertising Federation
The American Advertising Federation protects and promotes the well-being of advertising. The AAF has 15 district operations, each located in and representing a different region of the nation. The AAF’s membership is comprised of a national network of nearly 200 local federations, representing 40,000 advertising professionals, located in ad communities across the country; and more than 200 AAF college chapters, with over 6,500 student members. For more information regarding AAF, check out their website http://www.aaf.org/.

Another local advertising awards season has come and gone, and it was one of the best ADDYs yet for Schaefer. This year’s haul came to 25 total awards, including 9 golds, a Special Judges’ Award and Best of Show. The latter comes with the chore honor of putting on next year’s ADDY event. We should probably get on that now.
In the meantime, here’s a look at some of the big winners: 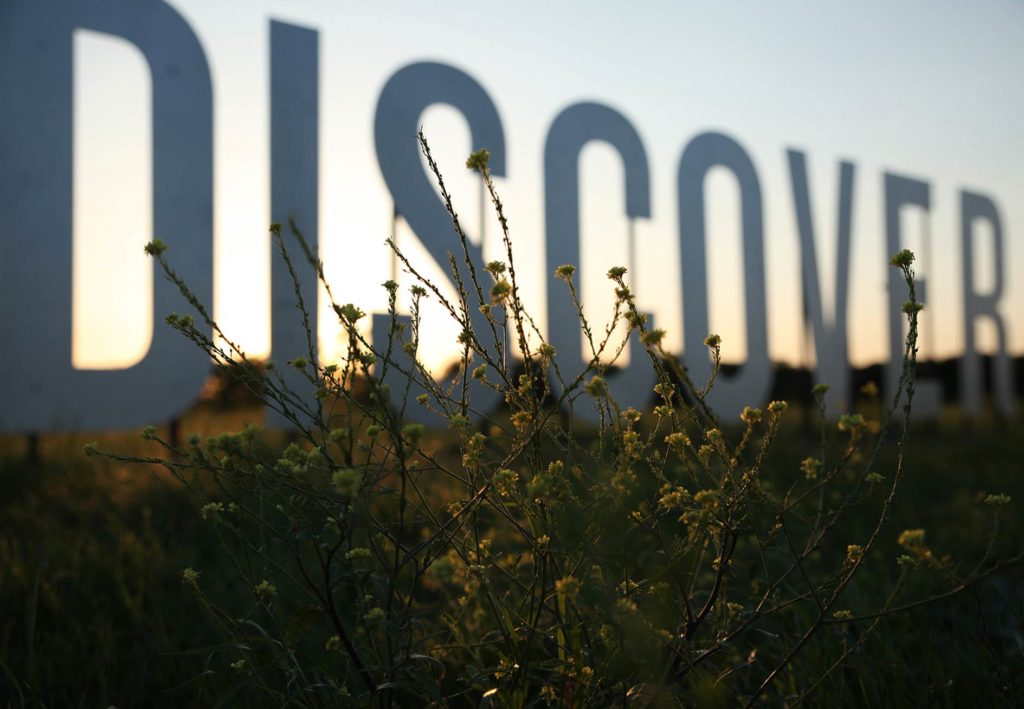 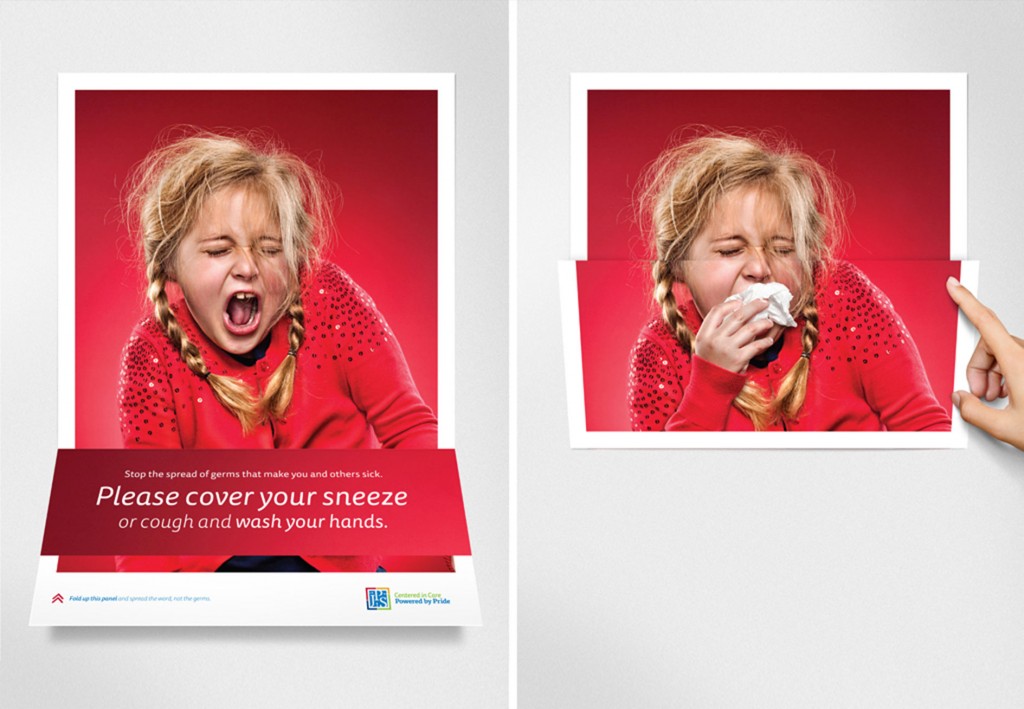 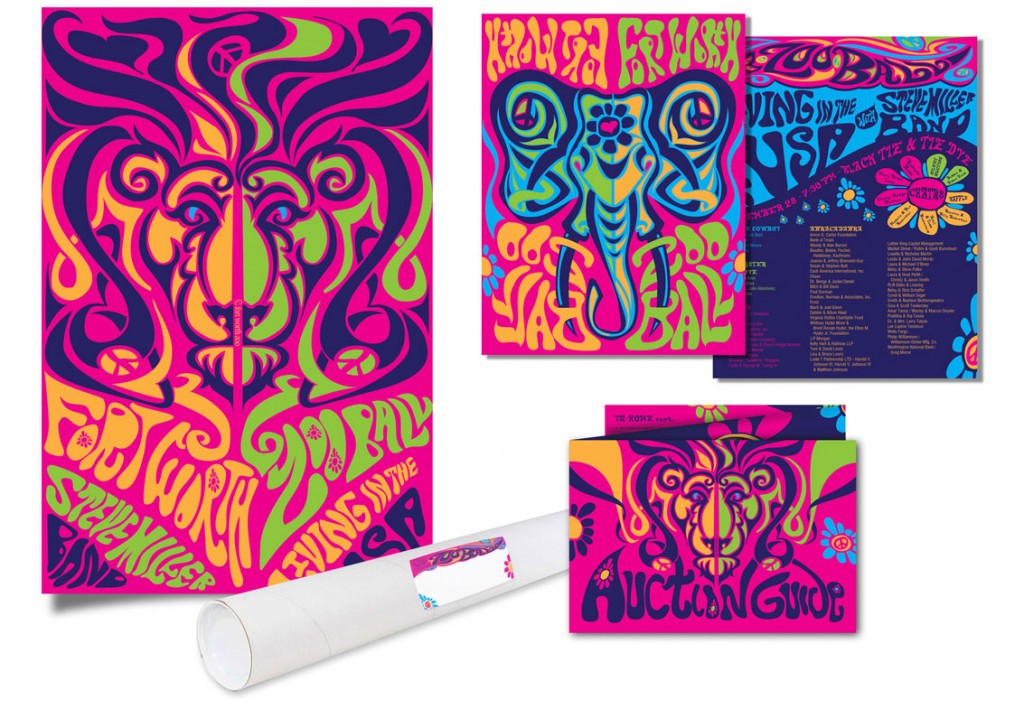 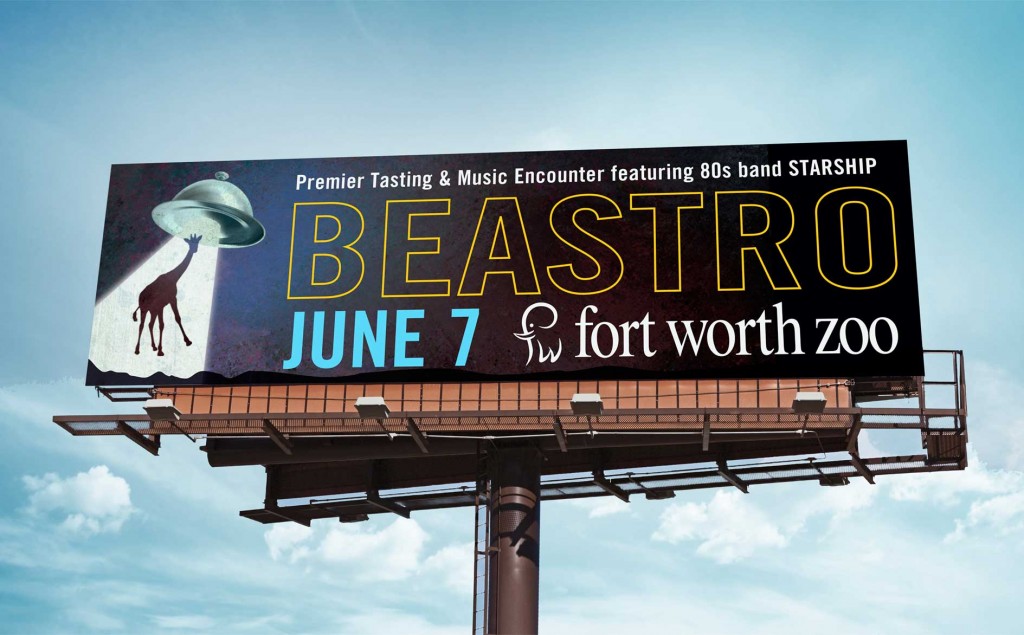 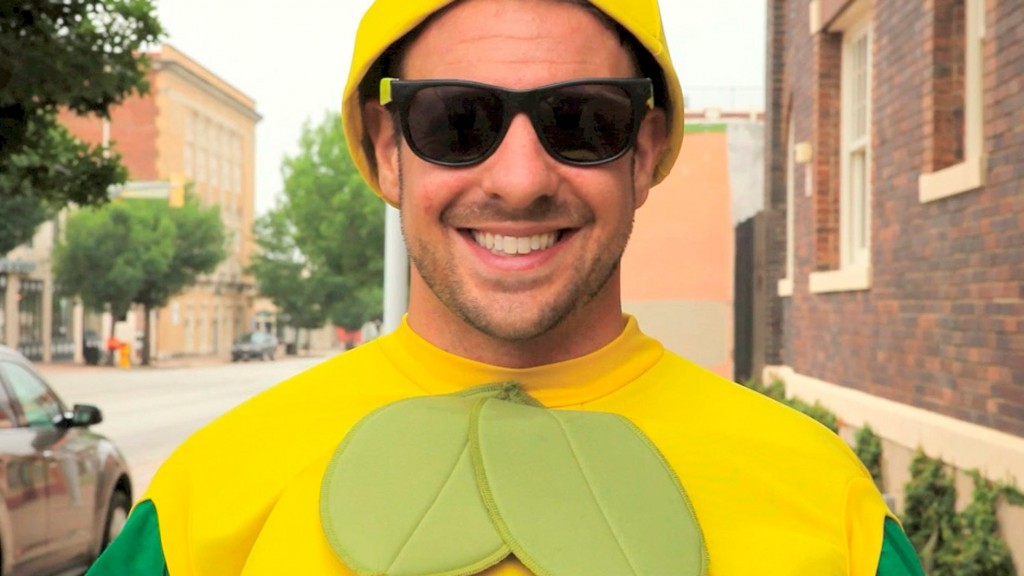